This website uses 🍪s. If that's okay with you, keep on browsing.

Buying Travel Is Not Rational 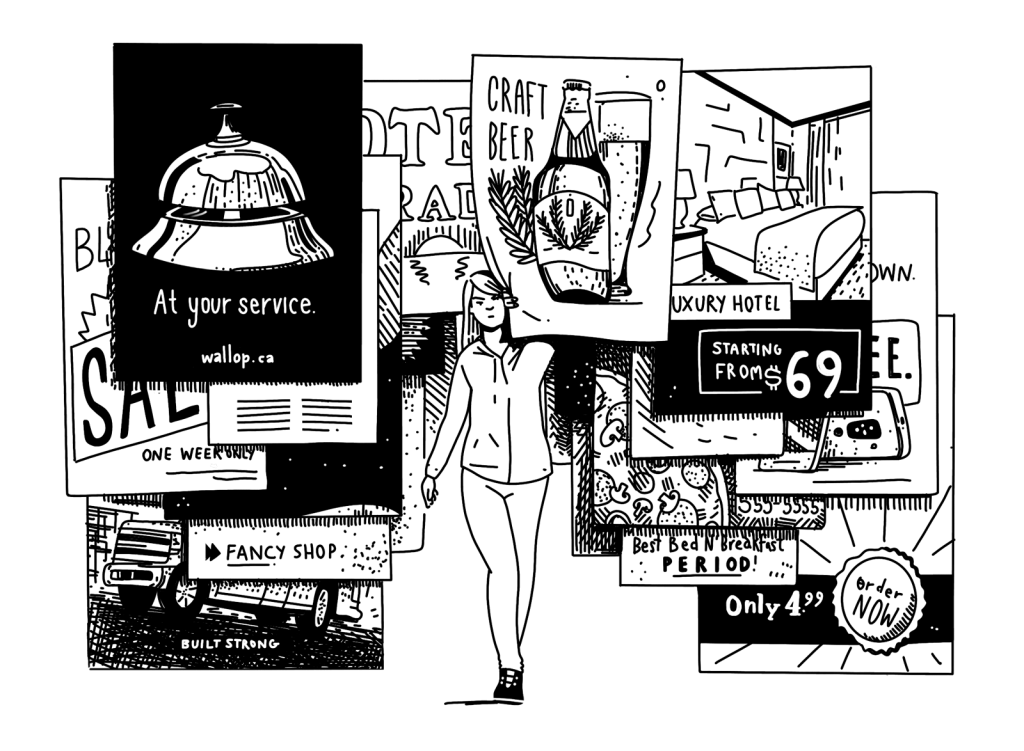 Travel and hospitality brands spend a lot of time trying to convince buyers. They agonize over the choice of words. Every amenity is described in painstaking detail. The problem is, their customers are not reading words or parsing their messages. They’re not even thinking at all; at least not in the way you’re assuming.

Buying travel is not a rational process, and it’s made even more difficult by an attention deficit. It’s actually an emotional endeavour that relies on the heuristics method of decisionmaking.

Behavioural science is the study of human actions across various fields of study. More narrowly, behavioural economics looks at the way people make choices around money. It was popularized by economist Richard Thaler, in an influential book called Nudge.

Nudging is about helping people make better choices. It uses “choice architecture,” which is the way choices are presented. For example, you can put healthier food at eye level in the cafeteria so kids make better choices. Or sign people up to savings plans by default, instead of asking them to opt-in. The point is, people are bad at making choices. So we should make it easier to make good ones.

Yet there’s a pervasive myth in North American culture that more choice is always better. Behavioural economics shows the opposite to be true. The more choice you present to people, the worse the outcomes.

People are bad at making choices for three reasons:

People making choices about buying travel face the same impediments. It’s not a rational process that delivers the best outcome to buyers. Instead they rely on emotions and heuristics to navigate the buyer journey.

The Role of Heuristics

The study of heuristics was pioneered by psychologists/economists Amos Tversky and Danny Kahneman, and it involves a “rule of thumb” or “commonsense” approach. It relies on available information to quickly solve a problem, with the least amount of thinking. People often use it as a mental shortcut.

The study of heuristics tells us that the human brain operates in two modes:

Surfing the web is a System 1 task. If you are a designer, work in UX or digital marketing, this concept should be familiar to you. Since the advent of screens, we’ve been taught that this is the way users navigate the web. They click around with the least amount of cognitive effort possible, until they find what they are looking for. This is one of the first things I learned when I was a designer. I came across it for the first time in Don’t Make Me Think, Steve Krugg’s influential book, on human-computer interaction and web usability, published in 2000.

Friedrich Nietzsche explained this behaviour a hundred years before we had computer screens: To predict the behaviour of ordinary people in advance, you only have to assume that they will always try to escape a disagreeable situation with the smallest possible expenditure of intelligence.

How Heuristics Are Applied to Digital Marketing

Consider that the average person today sees about 30,000 marketing messages a day. This includes TV commercials, physical advertising, digital advertising, radio ads, podcasts, grocery stores, search ads and social media ads. People have become very good at filtering them out. They do it with heuristics and System 1 thinking.

It’s the same scenario when users browse a website. They’re not using logic and System 2 thinking. Instead they’re on autopilot, scanning and clicking in System 1 mode until they find what they’re looking for. And the process is amplified by our shortening attention spans.

This is why landing pages work so well. They are focused on one call to action and accommodate heuristic thinking. Conversely, it’s why the “shotgun blast” approach to design never works. It creates too many choices and disrupts System 1 thinking. On the web, too much choice is a detriment. It leads to frustration and poorly performing marketing messages.

Our approach to design since 2004 has been “cut to the chase”, And the same advice is more relevant than ever today. Always remember that people make choices irrationally, putting in the least amount of effort. So make sure your marketing accommodates System 1 thinking by doing the following:

Just remember that you must appeal to people by their emotions. It’s the only rational way to go.

Our Most Recommended Hospitality Tech

Wallop turns 18 this year, and as we hit this milestone birthday we can safely say that another year older is definitely another…

Read More about the Our Most Recommended Hospitality Tech post

Going…going…gone. For some time Google has been warning its search ad platform users that they would be removing one of the four keyword…